This week we shed teardrops for Zoe (aka “Little Gray”).  This is a hard blog to write and contains some descriptions of violence.  The emotions are raw and fresh.  Our little teardrop trailer camp loving doggy Zoe (aka Cougar Bait) died this past Labor Day weekend.  The worst part is that it didn’t need to happen.  She was aging but healthy and having the time of her life.  You see she didn’t just die.  She was killed.

For long time followers of our blog here at Overland Trailer, you’ll remember little gray Zoe from the Lolo Motorway Series (Read That Here).  Let’s start with a brief backstory.  Thirteen years ago, Zoe joined our family.  My wife had quit teaching and her grade school kids gave her Zoe as a parting gift.  She was supposed to be a decent-sized dog (about 20 lbs) but was most certainly the runt of the litter as she never topped 9 lbs in the past 13 years.

She was spunky, intelligent, obnoxious, loyal, and attuned to those who were in pain.  Mostly though, she lived to go camping.  She loved the sniffing, foreign animals, she’d run for 8 hours straight just exploring.  She’d go roll in the absolute worst smelling things she could find.  Bear poop, moose poop, goose poop, a dead fish, the carcass of a gutted opossum all come to mind right now but there were many more.

Like many Americans this past Labor Day, we chose to go camping.  We went with a large group to a group camp at Farragut State park.  We took the teardrop trailer and both dogs.  I tried to find a kennel to take the dogs but they were all booked up and family/friends weren’t options either.  We had to take the dogs.  I wasn’t excited about it simply because I knew there would be a lot of people, kids, and animals in our group of 50 or so and there needed to be a lot of attention taken with our dogs.

Saturday morning we got up and my wife made breakfast.  Hashbrowns, eggs, turkey bacon, and camp coffee were on the menu.  The kids couldn’t finish their portions so they were given to the dogs -a treat for sure!   After breakfast, my son and I walked over to the vault toilet to take care of some “business”.  He went first and then wanted to go play with friends so I let him out and he ran off.  This is the glamorous part of my story.  I did my business and walked out.

Warning this is violent

On the way back to camp I passed a number of people who were gathering around the large fire pit.  50 feet away I could see people crowed around something on the ground and I heard loud crying…from…my…wife.  I ran over there.  She was holding a broken Zoe.  There was blood everywhere on her hands and the ground as her neck was torn open and broken.

I had the horrible task of getting our children, who had witnessed the attack and run to hide in the teardrop trailer and another RV.  I got to break the news to those sweet kids that their little puppy was dying and that it was time to say goodbye.  This is a trauma that is really bothering me.  The looks on their faces, as if I were a rattlesnake.  The next day was my daughter’s birthday…

Some other dog-owning campers disregarded the leash law.  They knew their dog was aggressive toward small dogs.  Zoe was with my wife in the teardrop trailer but nosed the door open and hopped out.  She was outside, in our camping area, for about 20 seconds while my wife was putting on her shoes to go get her.  That’s when the bigger dog ran up to her bit her head and mauled her to death.  No provocation at all.

I don’t think I need to include a lecture about leash laws here.  There are many good reasons to follow them.  If you’ve never understood that law, I hope you do now.  I’m not convinced the owners of the other dog get it yet but I hope they see why there are rules at some point.  Someone’s arrogant decision to disobey the law led to a death and grief for my family.

This week was…rough.  Her death, combined with the death of two close relatives in the past few months, have left us drained of energy and motivation.  I never thought that little dog could weasel her way into my heart like she did.  I really miss her. 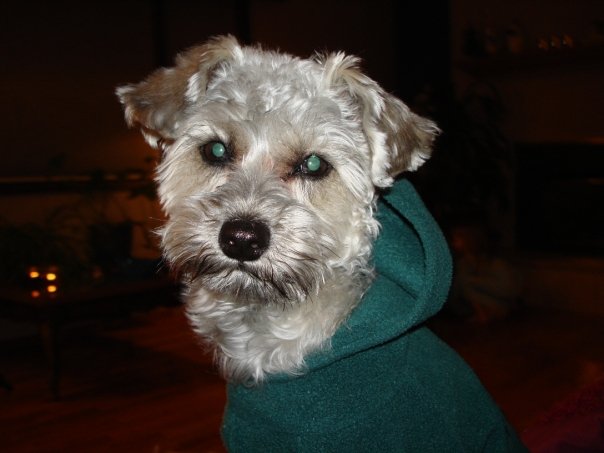 That’s the darkest this post will get, I promise.  I actually think this an opportunity to tell some of my favorite stories about Zoe.

When Zoe was 3 months old she could sit on my fingertips with her front paws on the heal of my palm.  It was August 2005 and we decided to go camping at Ocean Shores, WA.  Her first camping trip.  We hadn’t discovered the teardrop trailer yet so it was a tent camp.  Instead took our little two-man tent (no kids yet either), packed up the car with food, kites, and Zoe’s blanket.  It was raining as we set up our site and tent.

Inside the tent, I inflated an air mattress that took up the entire footprint of the tent.  In fact, we couldn’t zip the bottoms of the doors open on either side of the bed.  That night we put Zoe in her carrier with a blanket in the car (it was cold and rainy) and crawled into the tent.  Zoe started crying out immediately.  Not being much of a pet person, I felt that she just needed to be trained that the kennel was her home.  The heartstrings of my wife though….

Zoe was taken out of the car and with much reassurance to me that she’d sleep at our feet, my wife put the dog and her blanket at the foot of the bed in our tent.  We slept.

In the middle of the night, I get the elbow.  You know the “Hey, wake up” elbow.  I’m told that there is a wild animal outside and that I should get out of the tent to investigate.  That plan sounds crazy to me as a tent to a wild animal doesn’t look much like food but I probably do.  However, the pestering wouldn’t stop so I got out of the tent in my underwear and stepped out into the rainy darkness to find a wild animal.  What I found was a drenched little dog that was desperate to get back in the tent.  She had apparently slipped on a sleeping bag and slid right out the slot at the bottom of the door that we couldn’t zip shut because of the air mattress.

Once again, I opened up the car to grab a beach towel.  It was then that I was informed that the dog was cold and needed to be snuggled, IN THE BED, for her health and safety.  She plopped her stinky sopping self down between our pillows and promptly fell asleep.  That is where she has slept for 13 years.  Thankfully, she never got to her predicted size.

The rest of that trip is a mix of memories of her playing with seaweed, barking at crabs, rolling in the sand (which took forever to clean), and feeding her special treats from our camp meals. 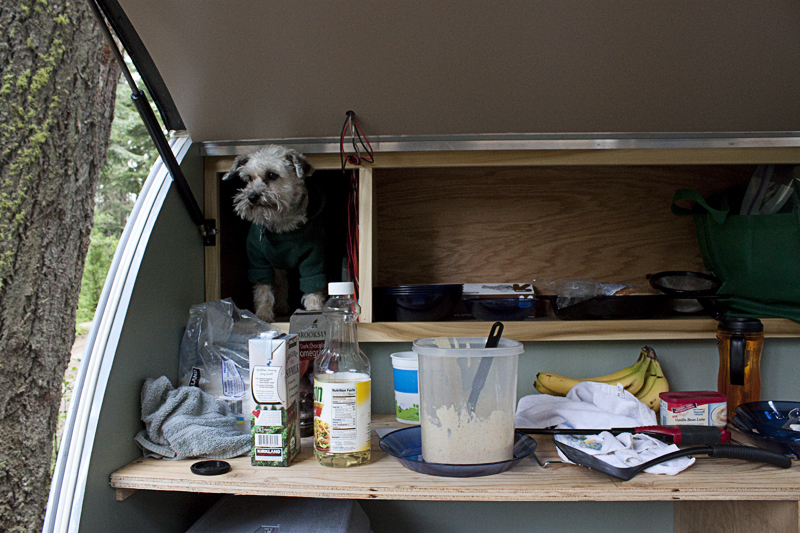 You can read more details of her first teardrop trailer trip in the Lolo Motorway series.  Right here, I’d like to add a few memories to that story.

As we were offroad camping at 9,000 feet she had her head out of the window most of the time.  Constant sniffing was the soundtrack of our trip.  She also thought she’d chase some mule deer down but thankfully she was scooped up and held before she could do that.

This camp trip was unique in that we were nowhere near anyone.  Since no one was around, we let the dogs off of their leashes and let them run.  They are trained well enough to stay in our general area and it was fun to watch them bounce through tall grass, jump over logs, dig, chase beetles across fields, and just play.

I know dogs don’t smile but I could swear she had a smile on her face for five straight days.  She loved the teardrop trailer and would nap in there in the dark or poke her head out of the window to look in the direction of a bird call.

Hundreds More and then The One

Being the camping enthusiasts and business owners that we are, Zoe tagged along on countless trips.  She loved them all.  Every moment was an adventure (or something awful to roll in). 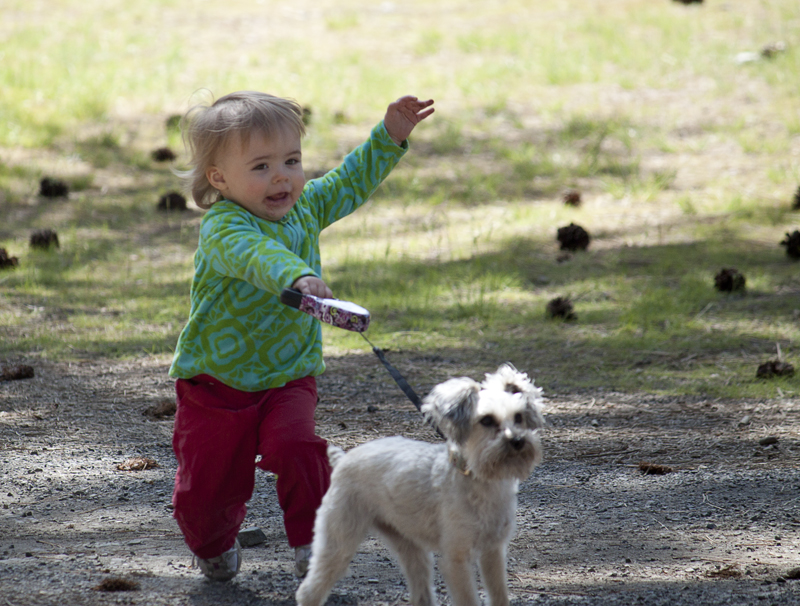 The last night of her life was spent camping.  Our group site was just an open field.  No proper campsites, running water, or cell service.  The sun went down and it got dark.  There was a light breeze across the field.  The mob of people were over at the fire making smores.  Being an introvert, I chose to hold back at the teardrop trailer with the dogs.

The milky way was splitting the night sky.  It was beautiful.  I put the big DSLR camera on its tripod on the ground pointed at the sky.  Then I sat on the ground and operated it, remotely, with my phone.  Zoe sat on the ground next to me.  She sat still (a rarity for her).  She sniffed the air as it moved by us.  It was this peaceful wonderful moment between man and beast.  Just the two of us sitting in the dead of night waiting for a camera to expose a frame.

I am so thankful for that night under the stars with that little dog.  We were both in our element.  Outside, quiet, camping, together.  It is an image that I keep reliving this week as I miss her.  It is vivid in my mind.  I’m tempted to draw or paint it to put on display.  I really wish I could do it.  I’ll do without instead of dishonoring the moment with my lame attempts at illustrating it. 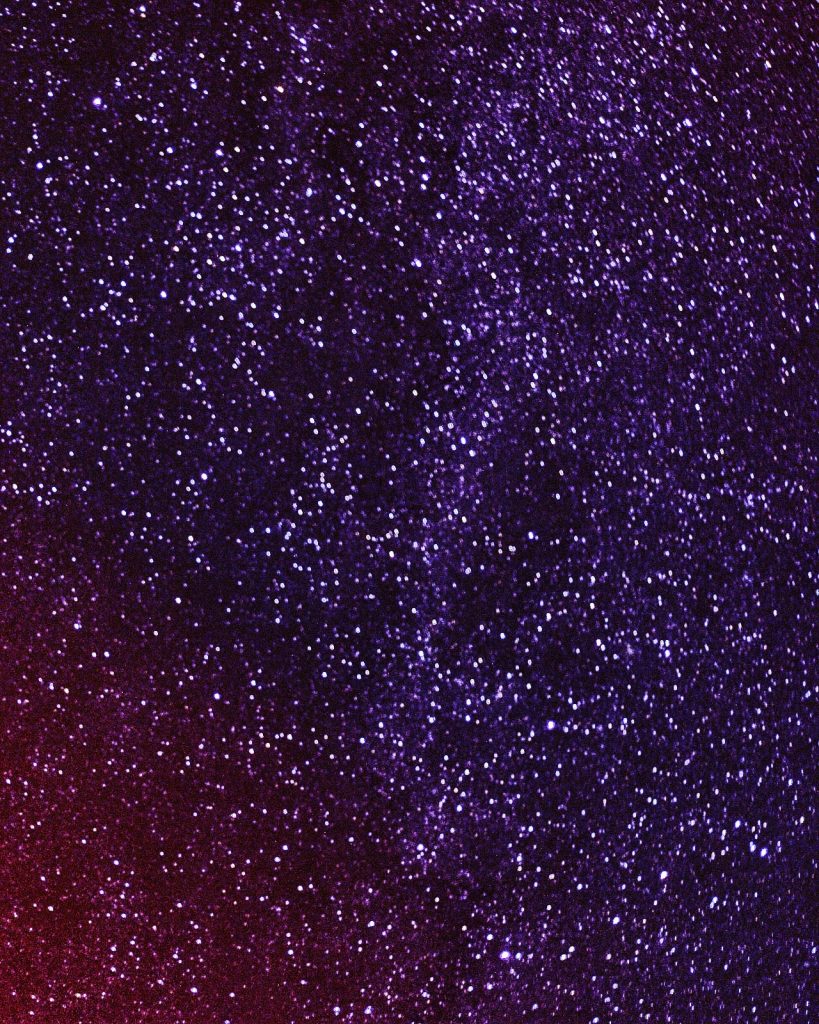 I guess if I had to lose my little camping companion, I’m glad it was on a teardrop camp trip and not at a vet’s clinic on a stainless steel table.  Yes, it was a horrible way to go that leaves me quite angry BUT I didn’t have to choose to take her life out of mercy at the end.

I also have the comfort that she is buried in her green camping jacket with her favorite little bone in the trees.  Not a bad place to be if you have to be there.

Godspeed little dog.  I cherish our time under the stars,

Listen to this as a Podcast: